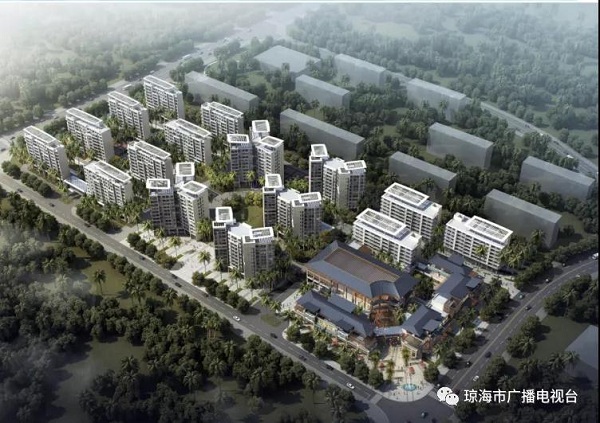 A rendering of the Invest in Lecheng International Garden project in Lecheng. [Photo/WeChat account: QHBTV-59]

The person in charge of the project introduced that the buildings for the residential areas and apartments have finished construction for its main structure on Aug 31 and have now started the overall decorating process.

The project consists of residences, rental apartments, business and serviced apartments and the whole project is expected to be put into operation in March 2022.

As the first urban complex in Lecheng, the project is expected to further optimize the urban function in Lecheng and provide a convenient environment for people living, working and receiving medical treatment in Lecheng.