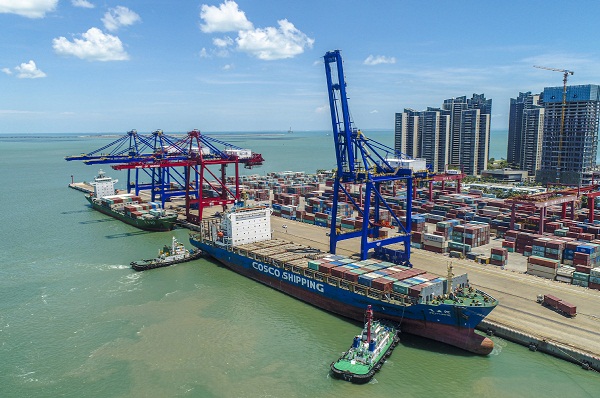 The Hainan Free Trade Port has harnessed its efforts to make foreign trade and investment more convenient and freer in the island province since the central government released an overall plan for its development in June 2020, and its efforts have paid off.

Channels for foreign equity investment have been opened to provide relevant firms with efficient and flexible cross-border financial services.

Under the outbound investment Qualified Domestic Limited Partner (QFLP) plan 14 foreign equity investment firms had been chosen to be the pilots by the end of June.

QFLPs in Hainan are allowed to freely manage their capital based on their balance.

Experts from Jingtian & Gongcheng Law Firm explained in a note that foreign equity investment firms will meet no threshold under the QFLP management rules in Hainan, and stand on a totally equal footing with similar domestic firms.

A negative list mechanism is adopted for the investment scope of QFLPs in Hainan, which will help more foreign capital to invest in private equities and venture capital in the area.

The establishment of a "single window" for international investment and trade has slashed the paperwork and time required for business examination and approval.

Overseas-invested companies are able to have businesses set up and affairs handled in as fast as two days, including foreign exchange registration and opening of bank accounts.

By mid-July, nearly 1,000 overseas firms had been established on the island, almost equaling the number for last year.

In the first half of this year, the province has achieved an actual use of foreign capital of $950 million, up 623.6 percent year-on-year, according to data from Hainan's Department of Commerce.

The figure for 2020 was $3.03 billion, and had doubled for three consecutive years.