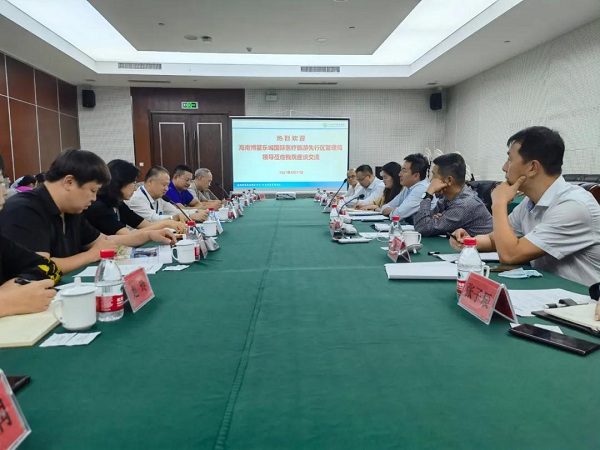 The Lecheng delegation holds a seminar with representatives from Qilu Hospital of Shandong University.

The delegation's visit is expected to speed up the introduction of high-quality resources to Lecheng and boost the high-quality development of Lecheng.

Two other visits of this kind have been made to Chengdu in Sichuan province and Wuhan in Hubei province.

Representatives from Shandong hospitals, organizations and companies have expressed deep interests in Lecheng and expressed their willingness in carrying out all-round cooperation with Lecheng.

Ji Chunyan, vice president of Qilu Hospital, expressed his hope during a seminar with the Lecheng delegation that the hospital can take part in the development and construction of Lecheng and introduce excellent graduates from Shandong University to Lecheng.