Lecheng promotes itself at ongoing CIFTIS 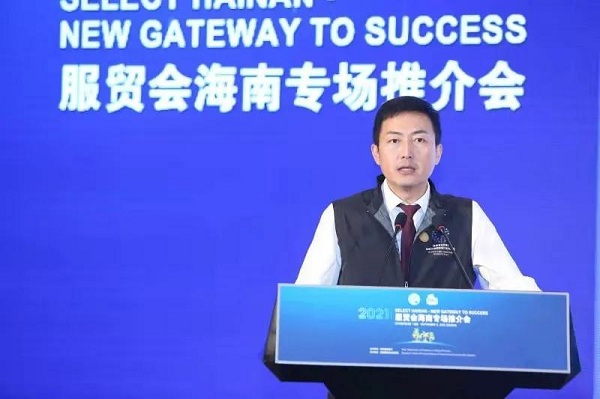 Liu briefed Lecheng's current situations in areas spanning overall layout, operations and achievements made in licensed applications of globally advanced medicine and facilities during the event, offering olive branches to companies from home and abroad.

He said that the preferential policies issues by the country for Lecheng have brought broader development space for Lecheng and he expressed his hope that more domestic and overseas companies can cooperate with Lecheng.

"More than 100 people have added me on WeChat these days and many companies have expressed their intentions to settle down in Lecheng or cooperate with Lecheng in research and development," Liu said.

A themed exhibition for Lecheng has also been set up during this year's CIFTIS, which will last till Sept 7, showcasing Lecheng's charm.