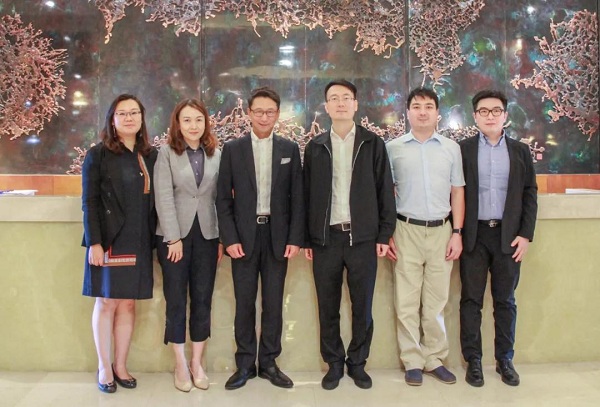 Gu Gang (R3) meets with the delegation led by Hiroshi Hamaguchi on Aug 25 in Beijing.

The two sides carried out discussions on issues such as how to deepen cooperation between Japanese transnational pharmaceuticals and Lecheng, and promote the licensed application of imported medicines among Chinese patients.

Gu extended a welcome to the delegation and noted that he was looking forward that more cooperation can be conducted between Lecheng and Astellas Pharma, and hopes the company can make more breakthroughs in medical innovation.

Hiroshi Hamaguchi said that Hainan is one of the company's important strategic fulcrums in China and the company has been attaching great importance to the cooperation with Lecheng.

He added that Astellas Pharma is expected to make full use of the innovative development concepts applied in Lecheng to bring more global advanced treating technologies and measures to Chinese patients as soon as possible.

Astellas Pharma, based in Tokyo, Japan, is a company dedicated to providing innovative and reliable medicines to patients all over the world.