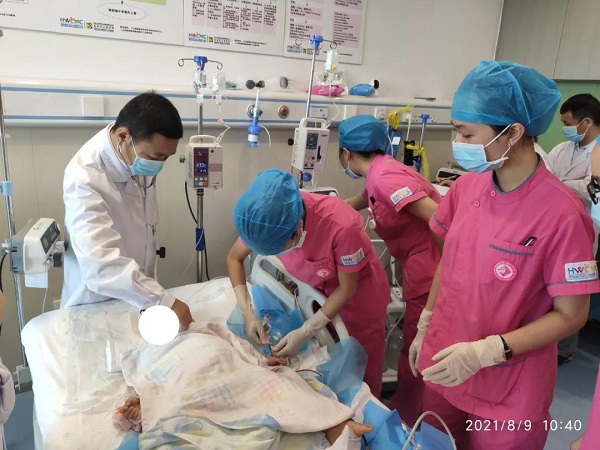 The first Danyelza treatment in China gets underway on Aug 7 in Lecheng under the supervision of the Children's Hospital of Fudan University.

The first application of Danyelza in China was conducted on Aug 7 in Lecheng under the supervision of the Children's Hospital of Fudan University.

Danyelza, developed by Y-mabs, is a prescription medicine used to treat recurrent or refractory high-risk neuroblastoma. It was approved by the Food and Drug Administration of the United States to enter the market on Nov 25, 2020.

It has also been awarded the Priority Review, Orphan Drug Designation, Breakthrough Therapy Designation and Rare Pediatric Disease Designation by the US FDA.

Neuroblastoma starts in neuroblasts, the early nerve cells in the sympathetic nervous system, and is currently the most common and fatal extracranial tumor in children, accounting for 8 to 10 percent of childhood malignancy.

The median age of patients with neuroblastoma is around 17 to 18 months and half of the patients have developed distant metastasis. The long-term survival rate of high-risk neuroblastoma is lower than 50 percent.

Before the introduction of Danyelza to China, patients with neuroblastoma had no choice but to seek medical treatment overseas, which is expensive, and now more domestic patients can benefit from the preferential policies in Lecheng for the licensed application of innovative medicines. 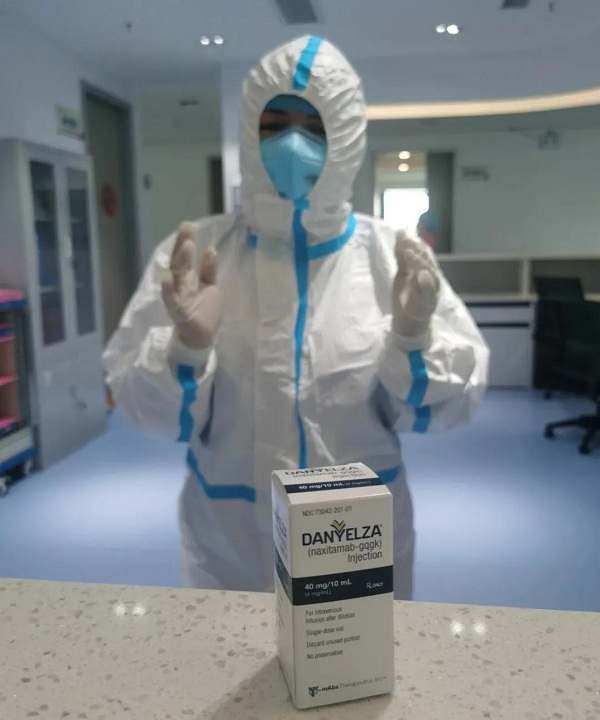 A medical staff prepares Danyelza for the patient.