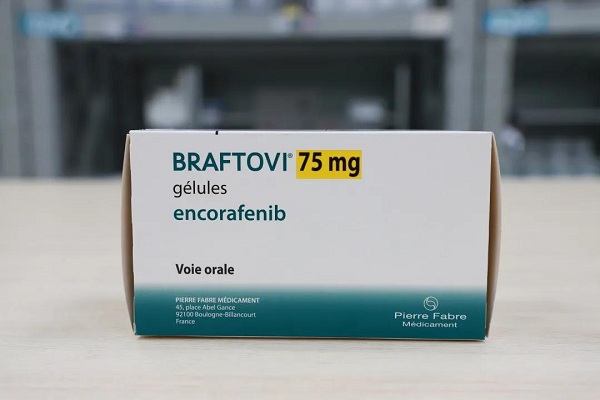 Encorafenib is a new medicine that is mainly used to treat patients with colorectal cancer, melanoma and lung cancer.

On Aug 6, the first patient with intestinal cancer from the Chinese mainland using encorafenib was granted the opportunity to take the medicine outside the Hainan Boao Lecheng International Medical Tourism Pilot Zone in the comfort of the patient's home.

Encorafenib is a new medicine that is mainly used to treat diseases such as colorectal cancer, melanoma and lung cancer. In April 2020, it was approved to be used in combination with cetuximab to treat adult patients with colorectal cancer that has spread to other parts of the body with BRAF V600E mutations.

The patient surnamed Li from Jiangxi province was the first patient in the Chinese mainland to be treated with encorafenib.

Li was diagnosed with late-stage poorly differentiated colorectal adenocarcinoma in late April of this year and the cancer has spread to his lungs and liver.

Thanks to the fast approval procedure for the medication in Lecheng, Li started encorafenib cetuximab treatment on July 25 under the supervision of medical teams from the Hainan Cancer Hospital and the Boao Super Hospital.

Meng Yan, Li's doctor from the Hainan Cancer Hospital, said that Li has been in a stable condition since taking the medication.