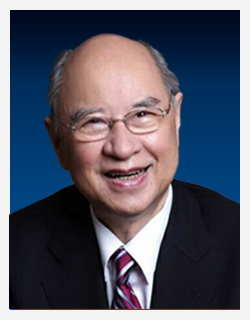 Professor Lu Daopei is an academician of the Chinese Academy of Engineering, Chief Scientist of China Stem Cell Group, Professor of Peking University People's Hospital and Fudan University, Honorary Chairman of the Hematology Branch of the Chinese Medical Association, and a promoter of the Chinese Society of Blood and Marrow Transplantation (CSBMT). Professor Lu is the founder and a constant pioneer of hematopoietic stem cell transplants in China, and Medical Director of Beijing Daopei Hospital and Shanghai Daopei Hospital.

Professor Lu has won many major awards such as the Second Prize of the National Science and Technology Progress Award and the First Prize of the Beijing Science and Technology Progress Award for his great contributions to the development of hematology in China. He is also a winner of the Ho Leung Ho Lee Foundation Award and the Tan Kan Kee Science Award.

Professor Lu has published more than 400 papers, acted as the chief editor of five books, and participated in the compilation of 19 others.