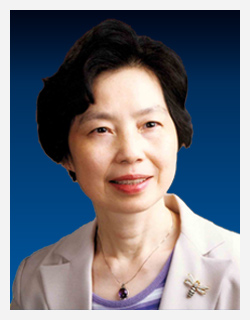 Professor Chen Saijuan is an academician of China Engineering Academy, Chief Scientist of China Stem Cell Group, Vice Chairman of the China Association for Science and Technology, Member of the World Academy of Sciences for the Advancement of Science in Developing Countries, Expert of Genetics (Cytogenetics and Molecular Genetics), Director of the State Key Laboratory of Medical Genomics, Shanghai Jiao Tong University, and Executive Director of the Shanghai Institute of Hematology, Ruijin Hospital Affiliated to Shanghai Jiao Tong University.

Professor Chen specializes in research of cytogenetics and molecular genetics of tumors, and discovered a leukemias caused by a new group of chromosomal translocation based on a large number of leukemia karyotype analyses. She has achieved a series of innovative results in the study of the cellular and molecular mechanisms of the occurrence and development of various forms of leukemia.

Professor Chen has published more than 300 papers that have been cited more than 7,000 times.