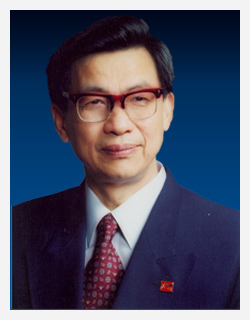 Professor Ruan has won many honorary titles and awards, including the National Young and Middle-aged Experts with Outstanding Contributions, National May 1st Labor Medal, National Advanced Worker, Medal of Merit of France, Foreign Fellow of the French Academy of Medical Sciences, and French National Medal of Military Officer.

Professor Ruan succeeded in developing the first group of antihuman platelets as well as vW factor and other Suzhou (SZ) series monoclonal antibodies in China, and put forward new insights in the basic and clinical research of platelet glycoprotein structure and function. He has found a variety of new mutations in the molecular pathology of platelet weakness and von Willebrand disease. He has undertaken a number of thrombosis and hemostasis projects, such as the National 863 Project, the Special Project of Significant New Drug Creation of the National Ministry of Science and Technology, and the National 11th Five-Year Plan Support Project.

Professor Ruan is the chief editor of nine books and has published more than 600 papers.