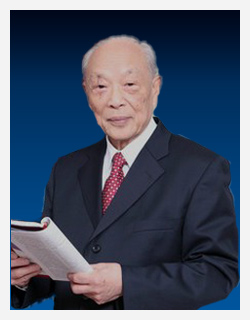 Professor Wang became a foreign member of the French Academy of Sciences in 1992 and was elected as an academician of the Chinese Academy of Engineering in 1994. In January 2011, he won the 2010 State Supreme Science and Technology Award of China. One of the pioneers in the fields of thrombosis and hemostasis in China, Wang is known as "father of cancer induced differentiation" as he started induction and differentiation therapy for leukemia and tumors in China. He was the first in the world to use domestic all-trans retinoic acid to treat acute promyelocytic leukemia. He established the internationally-recognized leukemia treatment known as the "Shanghai Program", stated its genetic basis and molecular mechanism, set an example for the integration of basic and clinic medicine, and established the research system for the clinical application of thrombosis and hemostasis in China.

Professor Wang has published 318 papers, acted as the chief editor of five books and participated in the compilation of 17 books, co-editing Treatment for Tumor by Inducing Differentiation and Apoptosis with Chen Zhu, which won the first prize of National Publication; the book The Basic Theory and Clinical Study of Thrombosis and Hemostasis was co-edited by Professors Wang Zhenyi, Li Jiazeng and Ruan Changgeng, and has been published in three editions (the 3rd edition in 1994). It has become the classic reference book in this field in China.