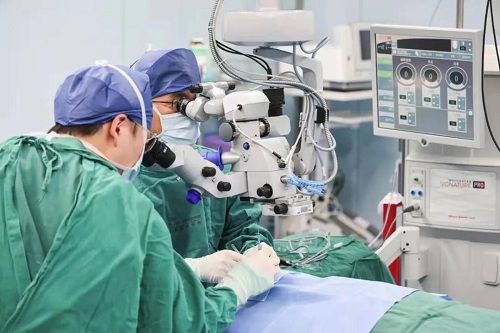 Wang, from Beijing, used to serve in the military as a naval aviation pilot before he transferred to civilian work to live in Sichuan province with his wife.

"After my transfer to civilian work, I was forbidden from flying planes, therefore I developed a strong interest in driving cars. I like taking road trips with my wife and I really like reading,” Wang said.

Yet Wang's life has been affected by cataracts as he has gotten older. Cataracts rank first among all leading causes of blindness in the elderly in China.

Ge Chaoxiang, deputy director of the International Eye Center at Boao Super Hospital, said that the eyesight of Wang's left eye was 0.4 and that of his right eye was 0.5 in pre-operation examination. Ge added that it was very dangerous for Wang to drive.

"Cataracts have brought me a lot of pain and sometimes I can't even read with eyeglasses," added Wang.

Wang learned of Lecheng's preferential policies on the licensed application of global advanced ophthalmology products and facilities for treating cataracts in early 2021 when he spent his winter holiday in Hainan.

Wang then got a phone call this July and learned that an artificial lens has been recently introduced by Boao Super Hospital, which could help him regain sight, and his surgery was scheduled on Aug 1. 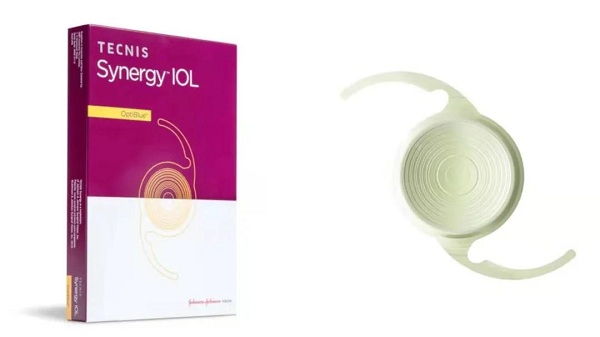 "I'm a veteran and was an aviation pilot. It's very meaningful to me that I could have the surgery on Aug 1, the Army Day in China," said Wang.

Wang became the first patient with cataracts to get the implantation of Tecnis Synergy artificial lens in the Chinese mainland.

"The Tecnis Synergy artificial lens allows users to see things clearly at any time and from any distance. Its contrast sensitivity is very outstanding," said Chen Wei, director of the International Eye Center at Boao Super Hospital, who conducted the surgery on Wang.