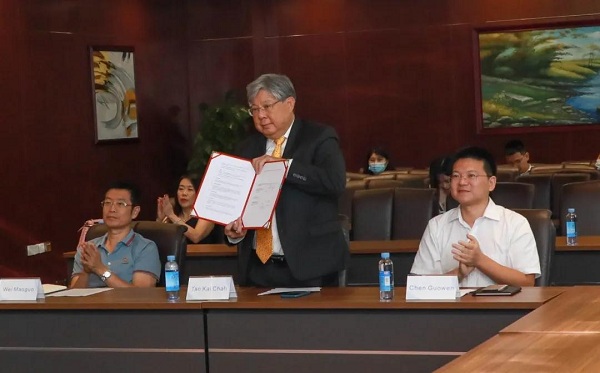 Treatment of liver cirrhosis and liver cancer related to chronic hepatitis has become an important concern globally and the Asian liver center of King's College Hospital London aims to provide the world's highest-quality treatment and diagnosis services for patients in China and Southeast Asia with hepatopathy.

The liver center of King's College Hospital London is of global importance in the treatment of hepatopathy.

Gu Gang, director of the Hainan Boao Lecheng International Medical Tourism Pilot Zone Administration, said that the cooperation between King's College Hospital London and AAMG is vital for Lecheng's development as it will promote the development of Lecheng into a world's first class medical tourism destination and an innovation platform for medical technologies.

Gu added that Lecheng will establish public open platforms to push forward the transmission and application of advanced technologies and products, attracting more patients in need from home and abroad to Lecheng with its high-quality medicinal products.

Tan Kai Chah, chief executive officer of AAMG, expressed his hope that the liver center in Lecheng can help treat and save more patients with hepatopathy.

Woods added that the liver center in Lecheng will make full use of the advanced technologies and knowledge from King's College Hospital London, which is the biggest liver transplant center in Europe, to become a leading liver disease prevention and treatment center in Asia.