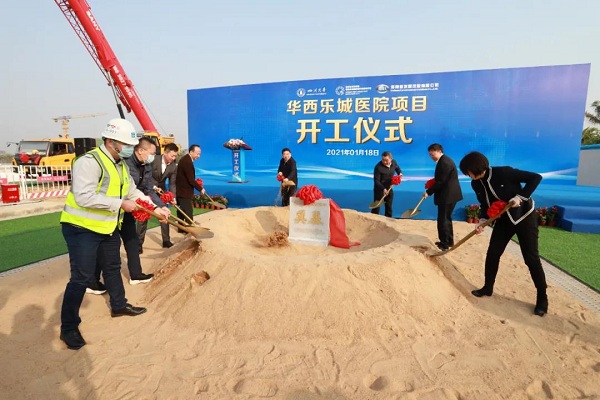 The hospital will be a benchmark project in Hainan, featuring advanced medicine and allowing Hainan residents to be treated without leaving the island. People from around the country will also no longer need to go abroad for certain medical treatment.

It will become an advanced medical center and an international communication platform, upgrading Hainan's high-quality medical service capability while making contributions to the construction of the Hainan Free Trade Port.

The hospital, covering a total floorage area of around 65,600 square meters, is expected to finish construction in September 2022. It will set up 15 advanced medical departments for treatment and diagnosis and each department will apply a multidisciplinary model.

The hospital will make full use of Lecheng's policy advantages to make innovations in the licensed operation of public hospitals.

Advanced technologies such as cloud computing, big data, artificial intelligence and 5G will be given full play at the hospital. They will be used to carry out more cooperation with domestic public hospitals and international advanced medical institutions in areas spanning remote treatment and diagnosis, academic exchanges, and personal training. 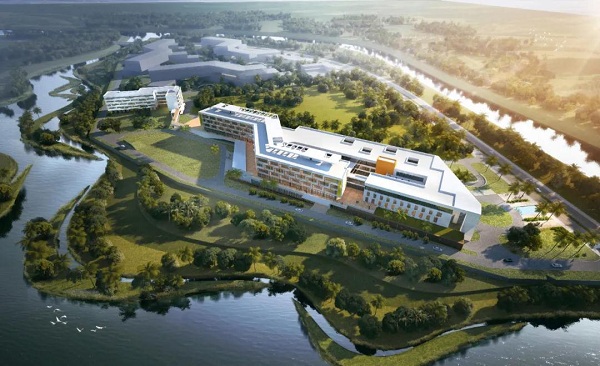 Zhou Changqiang, director of Hainan Provincial Health Commission, said that the commission will fully support the construction of the hospital to help it open its doors as soon as possible. This will attract more medical resources to Lecheng while letting more patients enjoy high-quality medical services.

Zhang Lin, vice president of SCU, noted that both the master plan for Hainan FTP and the licensed policies in Lecheng have provided vital opportunities and sound foundations for the construction of West China (Lecheng) Hospital. The university will devote every effort in the cultivation of outstanding medical talents, achieving cutting-edged innovation outcomes and providing high-quality medical services.

At present, Lecheng has already welcomed a batch of public hospitals including the affiliated hospitals of Shanghai University of Traditional Chinese Medicine, the First Affiliated Hospital of University of Science and Technology of China, the Children's Hospital of Soochow University and Hainan General Hospital.