Peter Bootsma, former counselor for health, welfare and sports at the Embassy of the Kingdom of the Netherlands, officially took his post as the senior international officer of Hainan Boao Lecheng International Medical Tourism Pilot Zone on Sept 7.

Bootsma is not only an experienced diplomat of global fame but also an expert in global health with nearly four decades of working experience in healthcare, international exchange and investment promotion.

He said that Lecheng is a window for introducing the most advanced technologies around the world to China and the preferential policies here are also very attractive.

Bootsma spoke highly of the changes taken place in Lecheng after visiting the place a year ago, noting that the infrastructure in Lecheng has been upgraded and more and more advanced medicines and medical devices have been introduced to Lecheng. 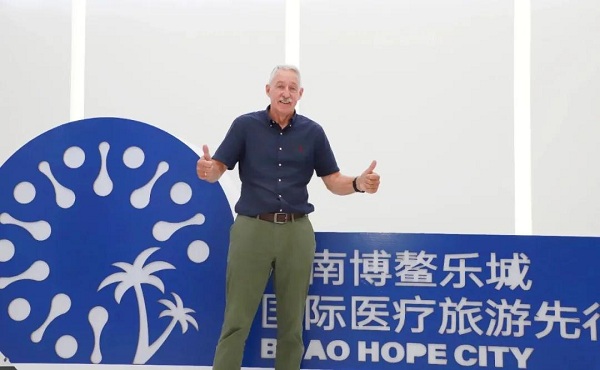